FREE Delivery when you spend over £80 within UK    10%OFF Your 1st Order with us! (Using Code:10OFFFO)   We deliver internationally!

10 Foods all women should eat 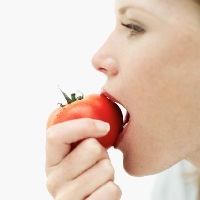 While there are some foods we should all be eating more of, men and women also have their own set of dietary requirements as well as their own unique health concerns. Here are ten foods that women should eat.
Female-friendly food 1: Tomatoes

Another vibrant carotenoid beneficial for women's health is lycopene, a pigment found in tomatoes. Studies have suggested that lycopene may be effective in preventing breast cancer. Furthermore, there has been considerable evidence to suggest that the powerful antioxidant can help reduce risk of heart disease — the leading cause of death in women in the US, Australia, England and Wales.

Butternut squash — like many other yellow/orange fruit and vegetables — is packed with carotenoids such as alpha-carotene and beta-carotene and thefore ranks highly in the list of foods that women should eat. While carotenes should be included in everybody's diet for optimum health, they may prove essential to women's health as a high-carotenoid diet has been linked to lowered risks of both breast and ovarian cancer.

Flax seeds are a good source of Omega-3 fatty acids and have been linked to reduced risk of breast cancer and heart disease. The seeds' anti-inflammatory properties are also good for preventing arthritis, while their digestive benefits can help irritable bowel syndrome; two painful conditions which are more prevalent in women than men.

Salmon has a multitude of positive health benefits for women. Not only is it rich in iron — which is integral to the diets of premenopausal women — but it is packed with omega-3 fatty acids, known for their mood-enhancing effects. Studies have suggested that omega-3 can help beat depression (something that affects twice as many women as men) and prevent mood swings, while salmon can also boost babies' intelligence when eaten during pregnancy.

Various studies have suggested strong links between consuming cranberries and reduced risks of breast cancer and heart disease. However, the most notorious benefit of cranberries is their ability to prevent and cure urinary tract infections such as cystitis, which is eight times more likely to occur in women than men. One study suggests that drinking two glasses of cranberry juice a day can prevent the symptoms of common UTIs in women, making cranberries a food that women should consume.

Spinach is rich in many different vitamins and minerals, but one thing that makes it great for women is its high content of magnesium. Research has shown that magnesium may be beneficial in reducing many of the physical symptoms of PMS which plague women, including reduction of swelling, breast tenderness, bloating and weight gain.